If you love good beer, live in Portland, and didn’t realize Modern Times was coming to town, you might want to sit down…

Their new location, soon to be baptized “The Belmont Fermentorium,” is taking on the space previously occupied by the beloved Commons Brewery. They’ve covered a lot of ground since they started setting things up January 1st, so a lot is happening and soon.

I checked it all out last night, meeting with their San Diego Production Director Jeremy Danenhauer, the new Head Brewer Matthew Sandoval, and local writer Holly Amlin of pdxbeergirl.com.

The layout of the location hasn’t really changed much aside from both loft spaces no longer being in play (deemed a fire hazard by the city, sans fire sprinklers), a small kitchen occupying the previous cheese window, the removal of the pilot system up front (being replaced by a merch store), an extended wrap-around bar, 25 taps including at least 1 nitro tap (instead of 13), plus 5 new tanks and a new glycol system.

They started brewing on the 9th and have already whipped up a total of 10 batches including Orderville IPA, Blazing World Hoppy Amber, City of the Sun IPA, plus the Hazy IPA collaboration they did on-site with Great Notion to be called “Nearly As Fast As Light.” 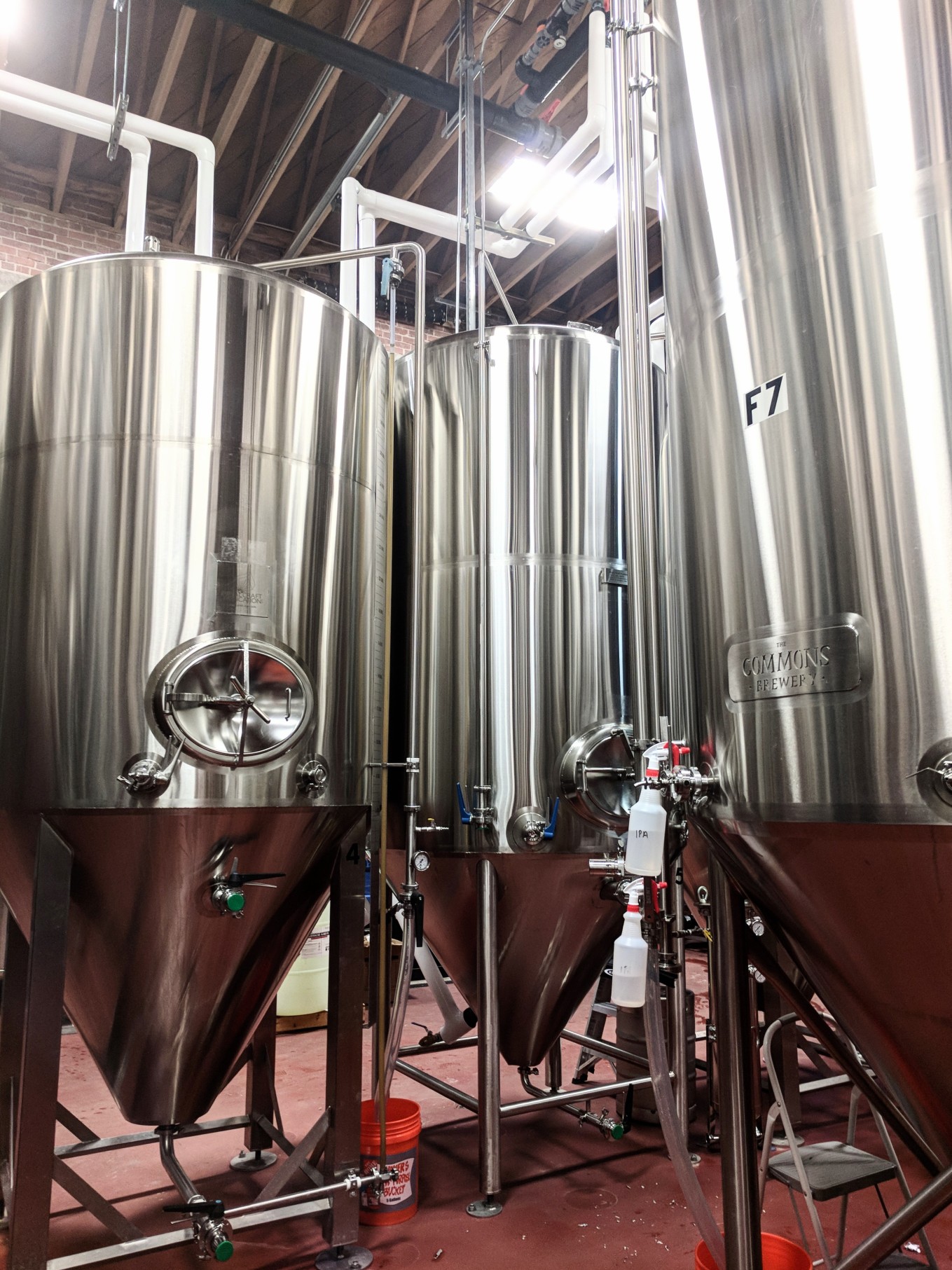 To ensure these new brews would come out with a similar consistency as their Lomaland output, they sent water samples to be tested alongside their San Diego water. The same QC process will also be done for the beer, syncing up the new batches bubbling in the Belmont tanks with those down south.

Their new kitchen will feature an all-vegan menu, including tacos. The taproom decor will include a yet-to-be-revealed 20 foot tall piñata (plus a few miniature piñatas) which will likely be the space’s defining element, just as other colorful installations have become at their other locations. There will also be distinctive hand painted tiles, set to be installed this week

And this is only the beginning… 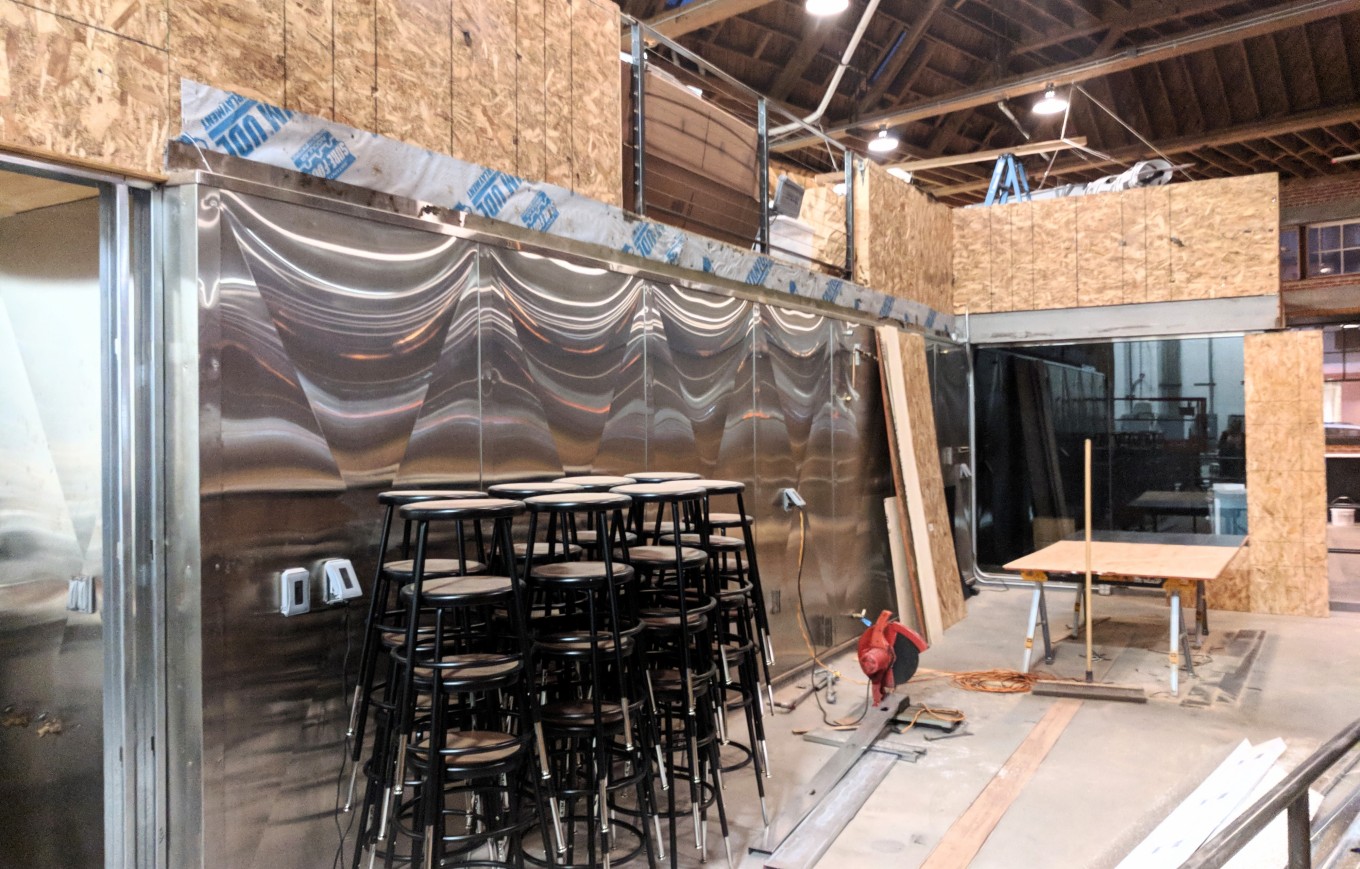 “Phase 2,” targeted to start in 2019, will include occupying the space next door which will become a larger taproom, another large bar, offices, a full-sized kitchen and can packaging. Distribution during the current phase will be limited to kegs (1/6 & 1/2 bbls) in the Pacific Northwest, with cans still coming up from San Diego. A mobile canning line might come in during the year, but it’s hard to speculate at this point. As of now, they plan to produce around 7,000 barrels annually, eventually ramping up to around 20K bbls after Phases 2-3 are initiated.

But what about the FUCKING COFFEE MAN?!

I hear ya… this is a tough one to answer because there are no plans during year-one for roasting on-site and there’s concern about shipping in roasted beans which wouldn’t be as fresh. I see coffee becoming a thing on-site during “Phase 3,” so it may not be until sometime in 2019.

In the meantime, The Belmont Fermentorium Grand Opening is scheduled for Sunday January 28th. The other thing I’m excited about is the 3-Way collaboration beer they’re working on with Fort George and Holy Mountain, which should see distro come June or so.

Over the weekend I checked out @giganticbrewing's cool second location in the Montavilla neighborhood, @giganticrobotroom.
Couldn't resist checking out the new @uprightbrewing space for a freshly drawn cask pour of Willamette Pale and a quick lunch from @pbscafepdx 🍻
Patio pints in the sun yesterday at @loyallegionpdx. Getting ready for that Summer heat!
You don't seek out the Cosmic Tiger with the all-seeing eye, it seeks out you...
Post-work pours last night at @stammtischpdx with co-workers included this uncommon draft, @weihenstephan_official Kristallweissbier.
Whether in Black & White or Color, it's delicious all the same...
An exciting preview of @proper_pint's new location in Multnomah Village, Proper Pint Oakroom!
Saturday's escape to the Central Willamette Valley on a gorgeous day...
We usually find @chuckanutbrewery wading deep in those traditional Noble Hop waters, though a few times a year, they'll go a bit more modern.
Last night I had the opportunity to spend time with Joel Sheley, owner & head brewer of @gatewaybrewingpdx.
Craft Beer Scribe Modern Times Belmont Fermentorium Opening Soon
Loading Comments...
Comment
×
%d bloggers like this: