It was a little over 3 years ago that Great Notion Brewing opened their Alberta Street location to the public. And of course we were excited – not only to see the 7 bbl brew house at the former Mash Tun Brewpub being utilized by a new tenant, but to also witness the birth of a new, one-of-a-kind brewery in the Pacific Northwest.

Featuring accessible Hazy IPAs, style defying experimentations, and what have come to be known as pastry beers, Great Notion threw a lot of cutting edge tastes at our curious taste buds, the likes of which we’d never seen before. And while a number of these new offerings were still a work in progress, we were ready and willing to jump on board.

Today, the brewery is a known entity nationwide among beer nerds, so much so that occupying a larger production space was a necessity just to keep up with demand. Securing a 20,000 sq ft. warehouse in the industrial area of NW Portland 2 years ago, they’ve since installed a 30bbl brewhouse, a number of 30 and 60 bbl fermenters & bright tanks, a canning line, and have amassed a large number of barrels. 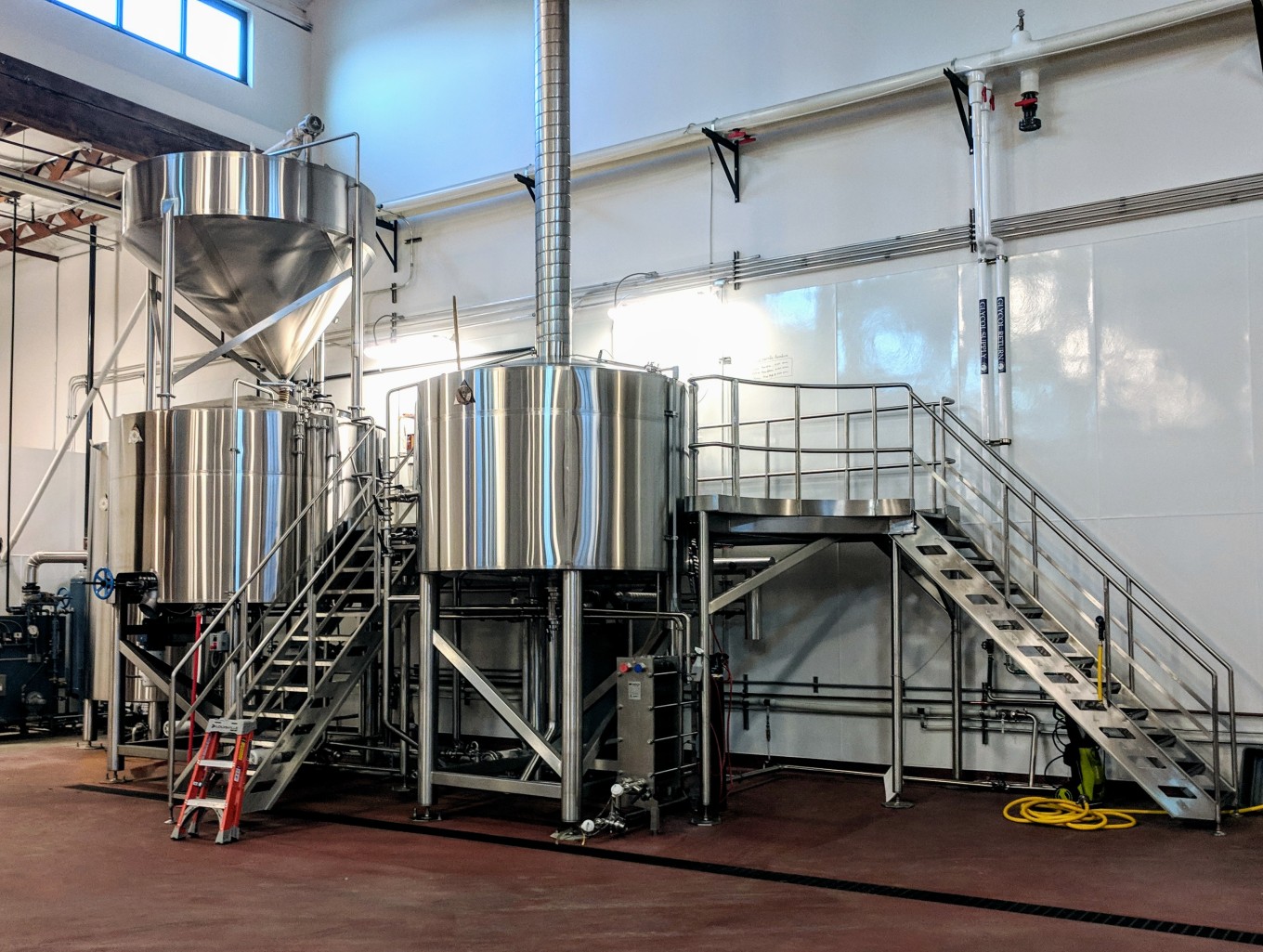 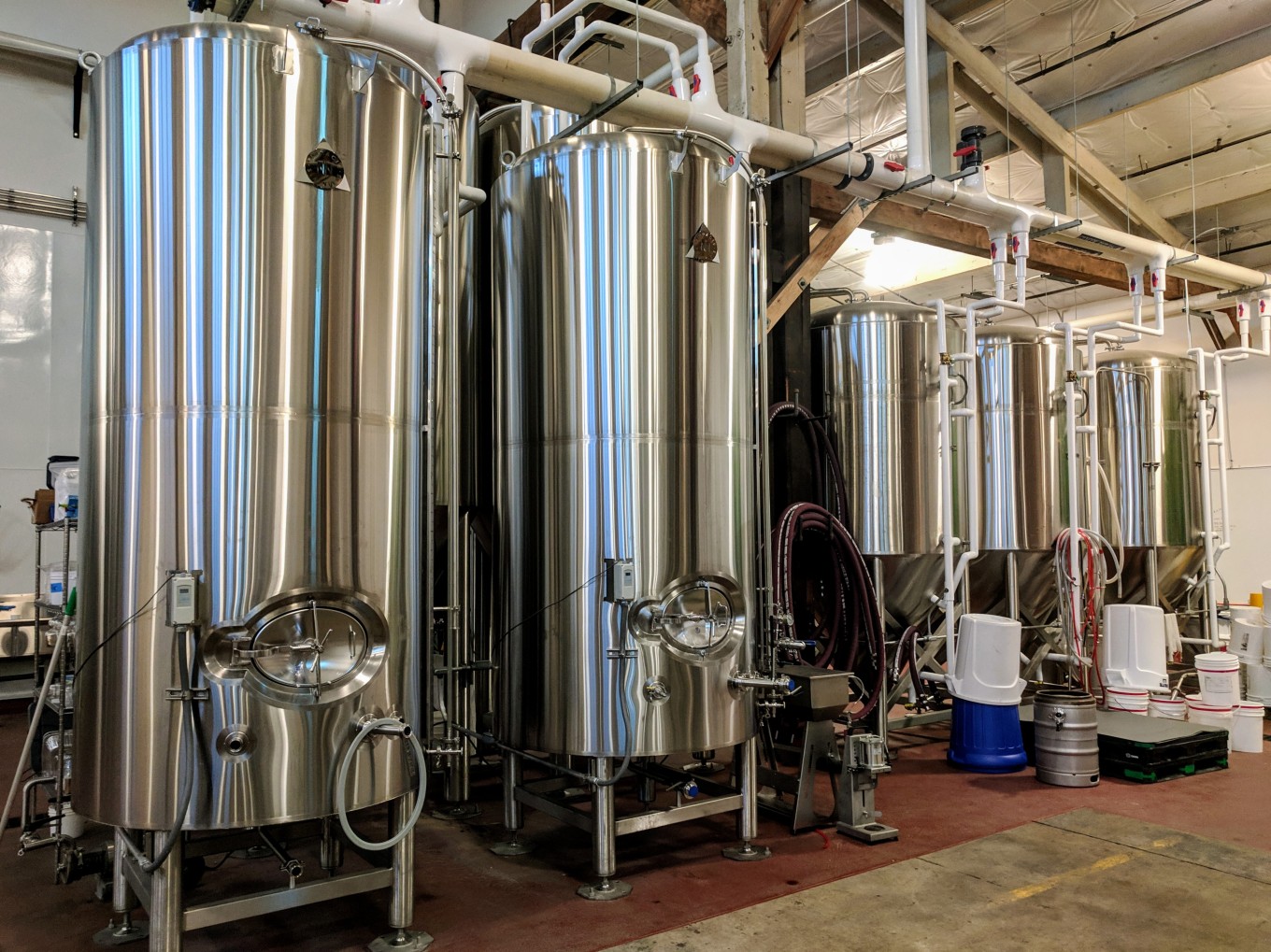 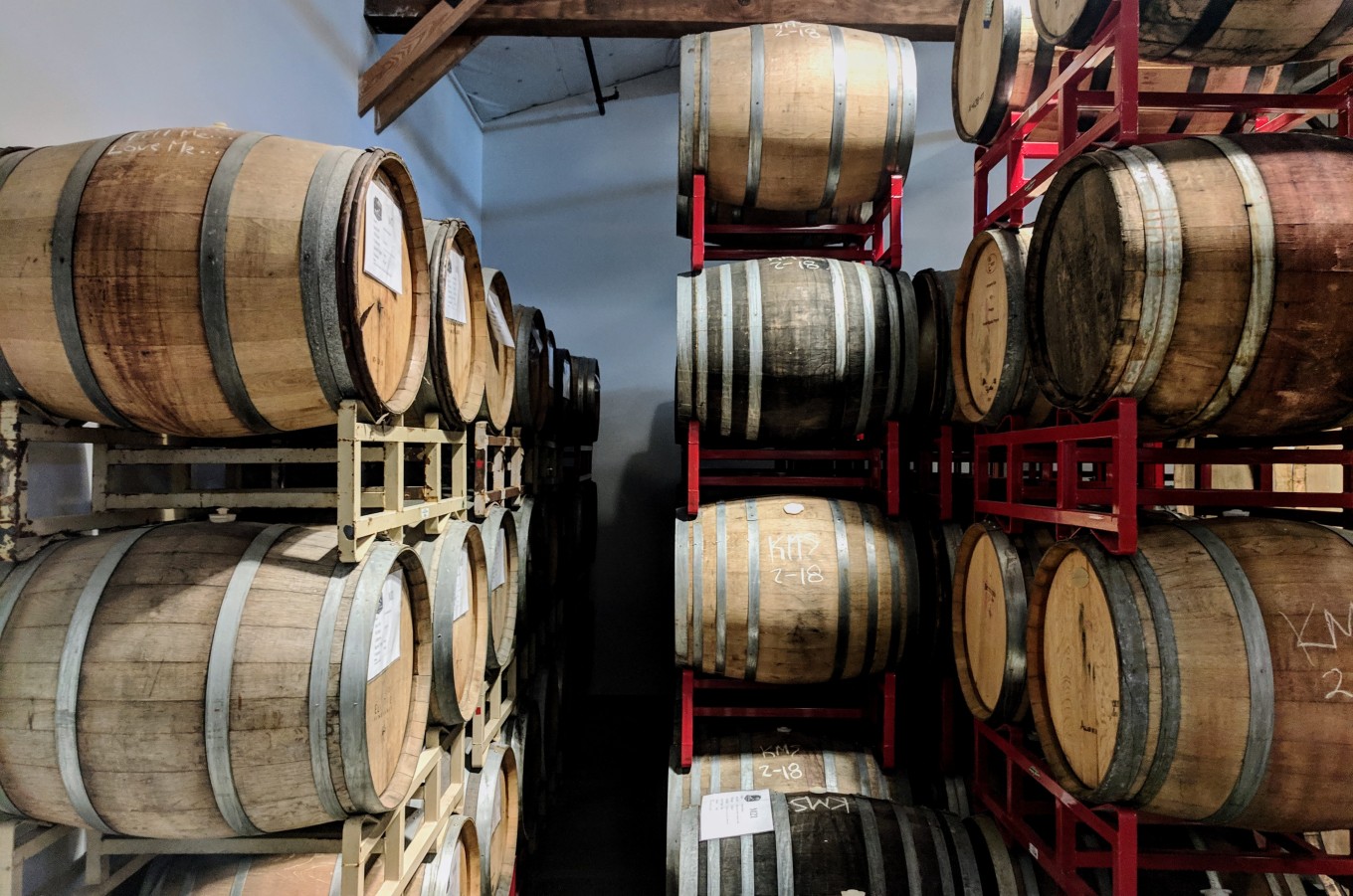 They’ve been brewing and holding can release events at 2444 NW 28th Ave since last April and just completed primary construction on a beautiful new taproom, restaurant, and coffee shop. Today, at 11am, there will be an official ribbon cutting to celebrate the new location, including special guest taps all week from the likes of Monkish, Bottle Logic, Trillium, Other Half, Highland Park, Cellarmaker, J. Wakefield, Kane, Brujos, Omnipollo, and more. So be sure to keep an eye on their @greatnotionnw Instagram stories for tapping and event times all week long. 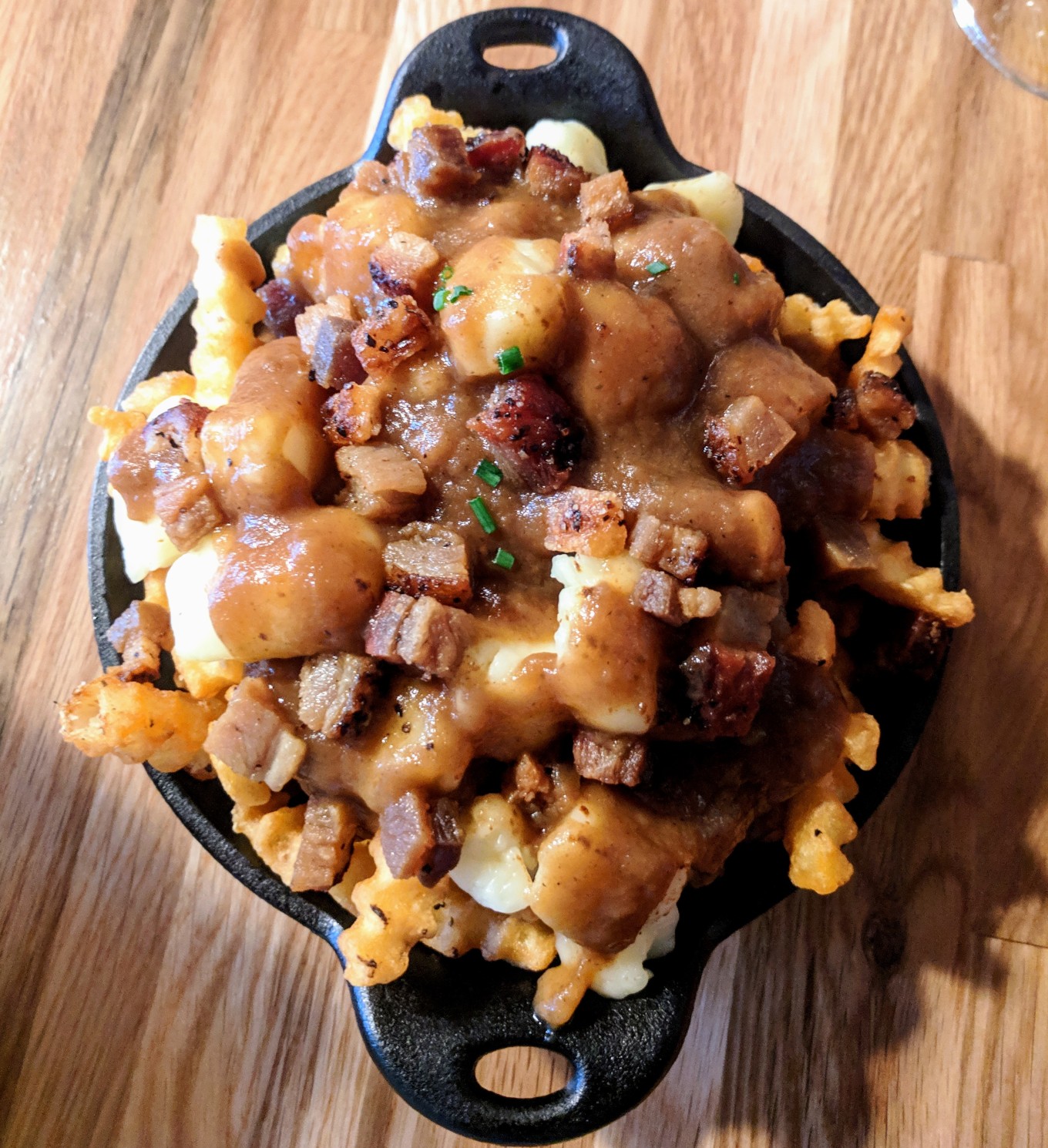 Much like the Alberta location, the front counter offers GNB merchandise and cans to-go, though it also functions as a coffee shop, pouring locally roasted, custom coffee including Blueberry Muffin and Double Stack Lattes. The coffee shop also offers breakfast to-go in the form of fresh pop-tarts, pastries, and burritos, from 7am to 11am, Monday through Saturday.

“We are very psyched to open a fun-filled brewpub in the industrial part of Northwest Portland,” says Cofounder Paul Reiter. “When we first opened the production brewery here, there was hardly anywhere to go to eat, drink or get a good cup of coffee. That led us to the idea of opening a morning coffee shop and adding some fun twists on our beers, like the Double Stack Beer Milkshake!”

Upon my visit to the new location Saturday, it was evident that Paul, along with co-founders James Dugan and Andy Miller, are all extremely excited to finally unveil it for the masses. With it’s beautifully designed spaces featuring Cross Laminated Timber, weathered steel, and Shou Sugi Ban Japanese burnt timber, it’s obvious that this has been a labor of love for the trio.

Of course the original Alberta Street location will continue on in it’s current capacity, with small batch beers being more prominent, while barrel-aged offerings will be featured at the NW location. I’m excited by everything the new space brings, not only in the form of more excellent Great Notion beers and tasty food, but also the growth expected in this area of town over the next few years.

With Portland’s baseball stadium in the works at Terminal 2, as well as Hammer and Stitch Brewing projected to open in the area before years end, once again Great Notion appears to be setting new trends and are clearly ahead of the game. 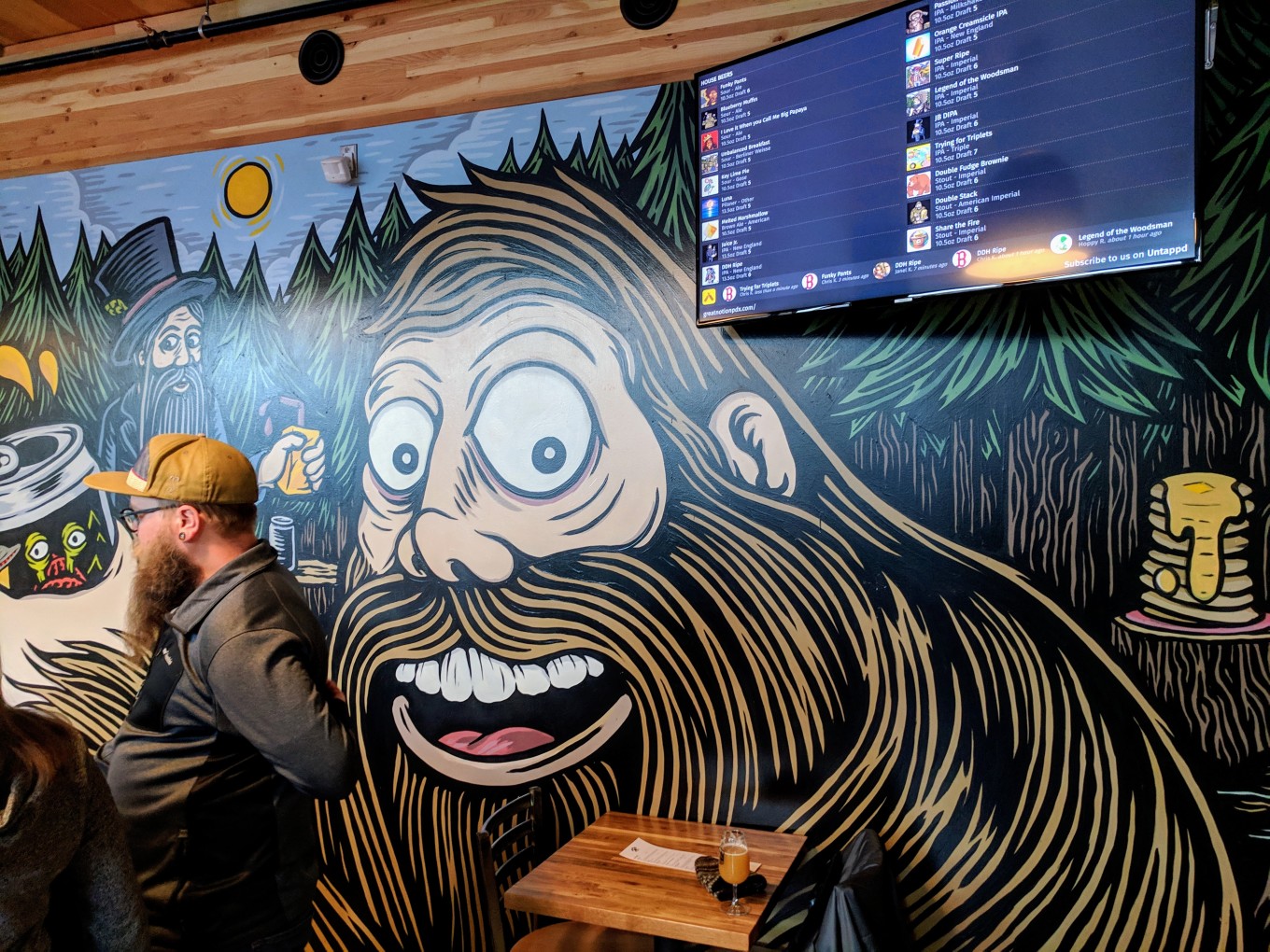 Maß Fest Bier
Launched in early August of 2021, @littlehopbrewing is the pandemic-inspired creation of husband & wife team Zak & Lisa Cate.
When everyone knows you're making 14 Fresh Hop beers this month, even the praying mantises start lining up 🍻
A gorgeous evening for a proper Felicitation at @wolvesandpeople last night. Cheers to 6 years! 🍻
Picture A Perfect Picture. @rusebrewing's collaboration with @cloudburstbrew is a Hazy IPA fresh hopped with Strata.
Last night, the @dayonepdx crew got the opportunity to sample the brand new releases from @hettyalicebeer and share a meal with co-owners Gavin & Giselle at @gumbapdx.
For their third Fresh Hop release of the season, @rusebrewing brought back one of their first and most beloved beers, Architect Saison.
Last night saw the first @crosbyhops Harvest Party in three years!
A wild week of wandering, finding things never had before and familiar favorites revisited 🍻
Fresh Hop number two from @rusebrewing:
Craft Beer Scribe Great Notion Celebrates Opening of NW Portland Location
Loading Comments...
%d bloggers like this: