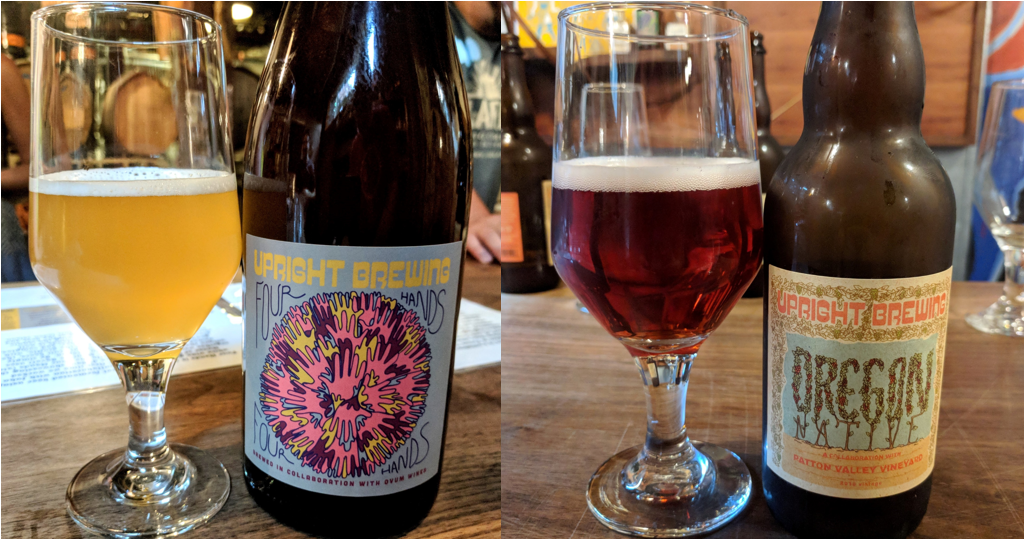 This Saturday, from 1 to 8pm, Upright Brewing will be releasing two very special offerings. Each is a unique collaboration with Oregon vineyards, both showcasing the complexity that comes when melding the worlds of hand-crafted beer and wine.

The first, Four Hands, is the brewery’s second collaboration with John House of Ovum Wines. Featuring Gewürztraminer white wine grapes sourced from Southern Oregon, this barrel-aged Saison exudes delicate honey and complex floral notes. Brewed in September of 2016 and bottled in November of 2017, it also exhibits a sturdy tannic profile offering a fruity balance, alongside the crisp bottle carbonation. It’s available in the 750ml format, with 96 cases and 5 kegs produced, and weighing in at 9.5% abv.

The second is a re-release of their Oregon Native collaboration with Derek Einberger of Patton Valley Vineyards. A fusion of a cask conditioned beer with estate pinot noir grapes, it’s become quite a popular offering since they released it a few years ago. The beer was fermented with yeast sourced from the vineyard, effectively bridging the divide between estate and brewhouse. This vintage was brewed in October of 2017 and bottled in April of 2018 with 172 cases and 7 kegs produced, clocking in at 8% abv. 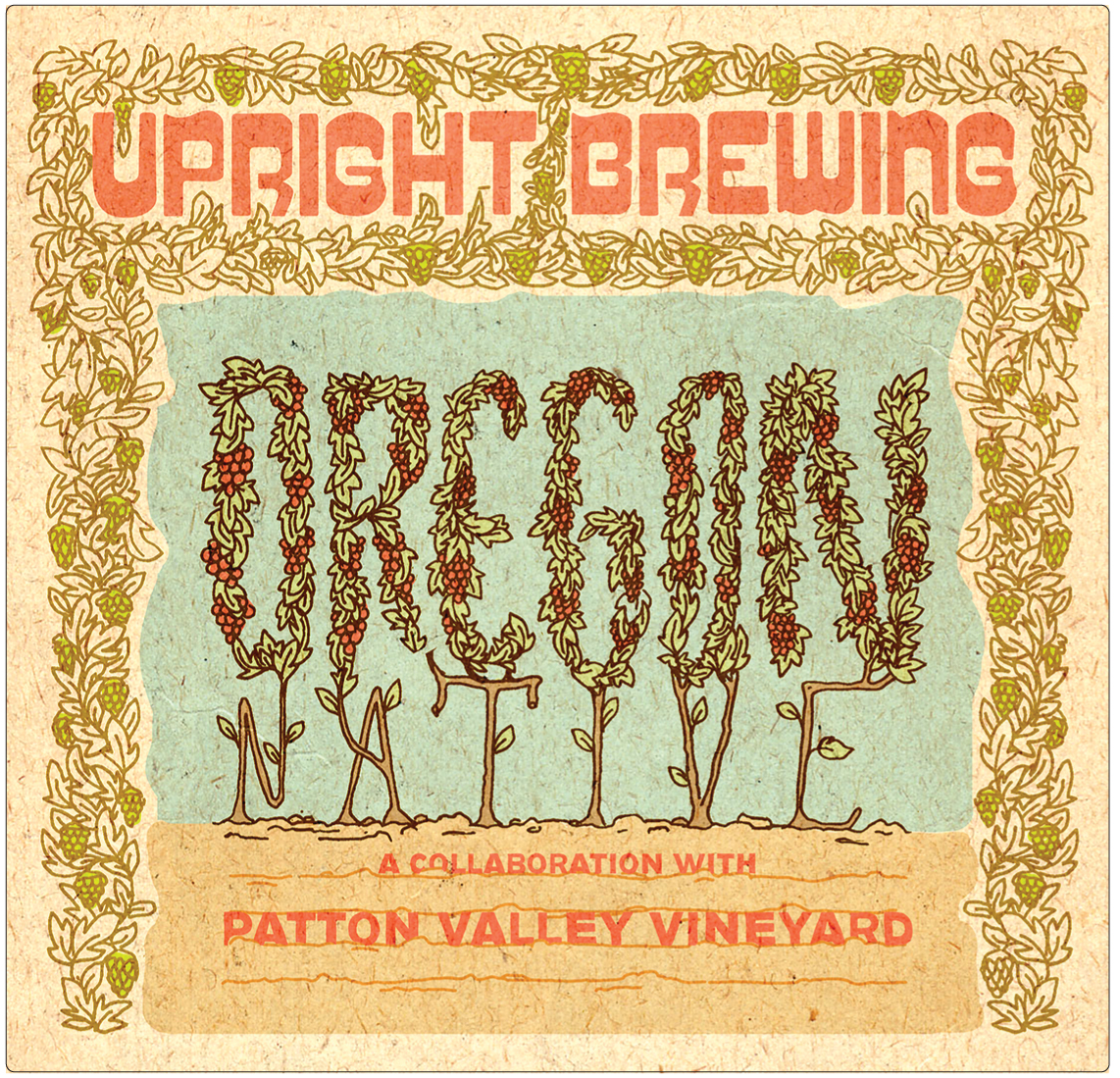 If all of the above isn’t enticing enough, be sure to check out their recently renovated taproom space, featuring an especially impressive variety of some of their best creations including their excellent Berliner Weisse, Pathways, Ives Blend Three, Special Herbs, Four Play and more. I’m not usually one to get excited about bottle releases, but I’m pretty sure this is one you won’t want to miss. 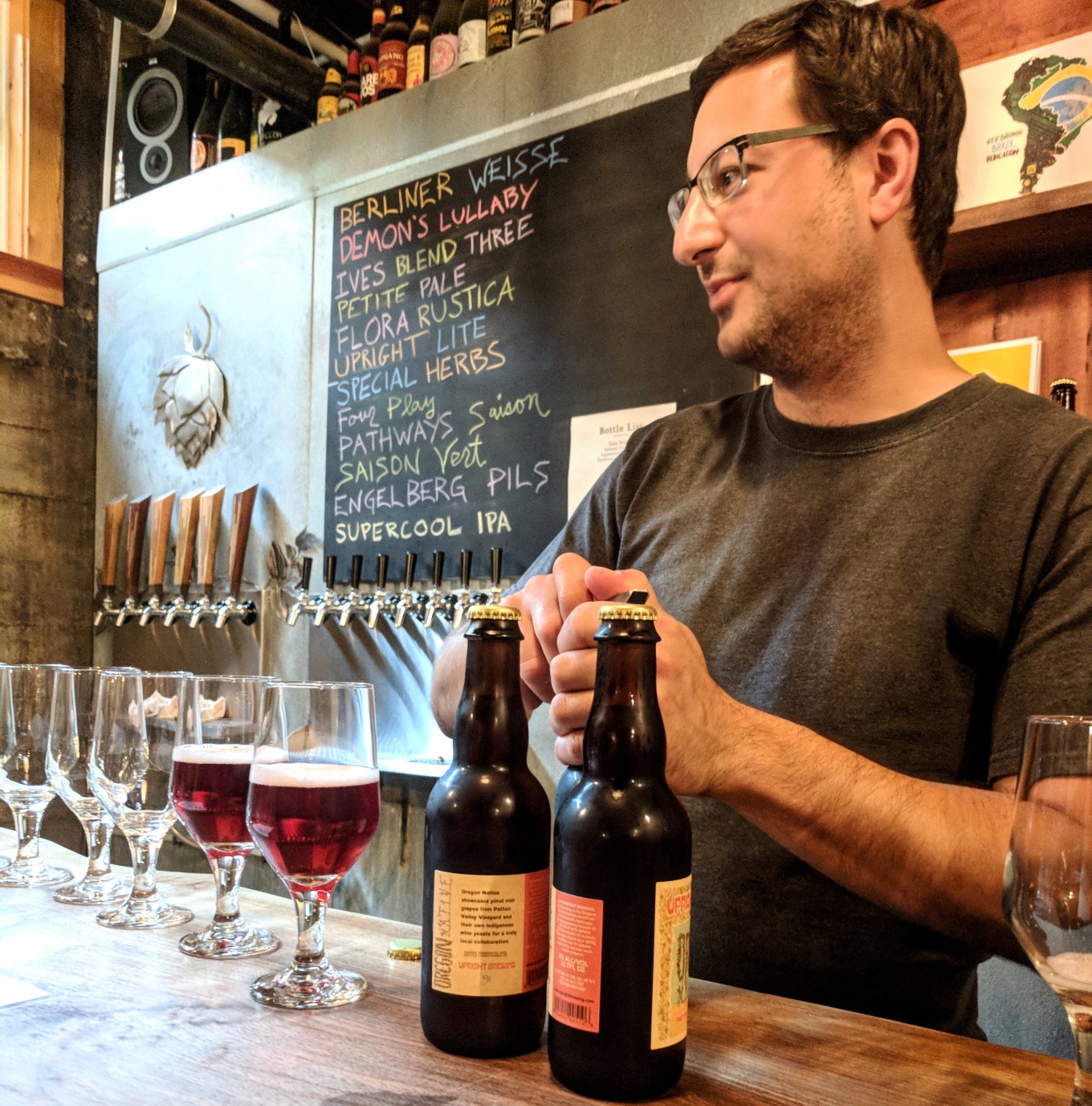 About Upright Brewing:
Upright Brewing specializes in farmhouse inspired beers rooted in France and Belgium but made with a Pacific Northwest twist.  The name references the primary instrument of Charles Mingus, the great musician whose compositions defied categorization. At Upright the recipes and processes are decidedly unbound, yielding brews that share Mingus’ spirit of exercising creativity & craft.